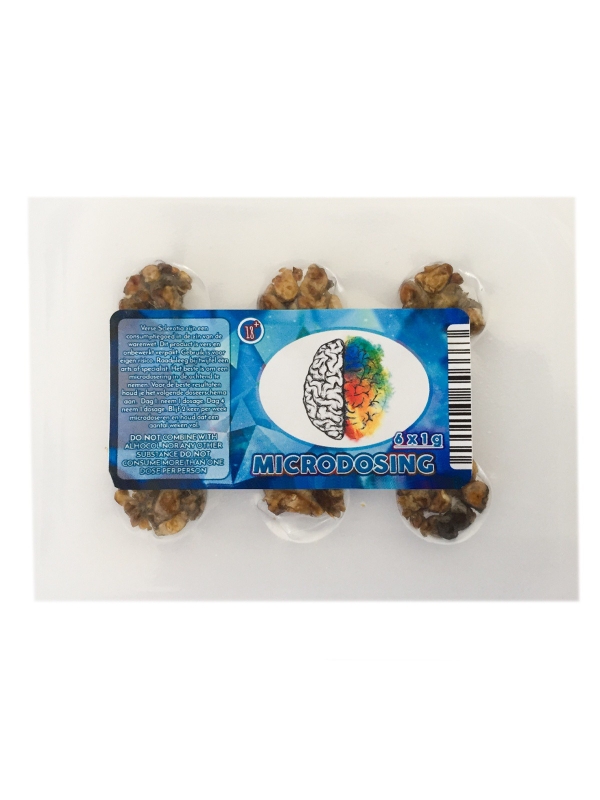 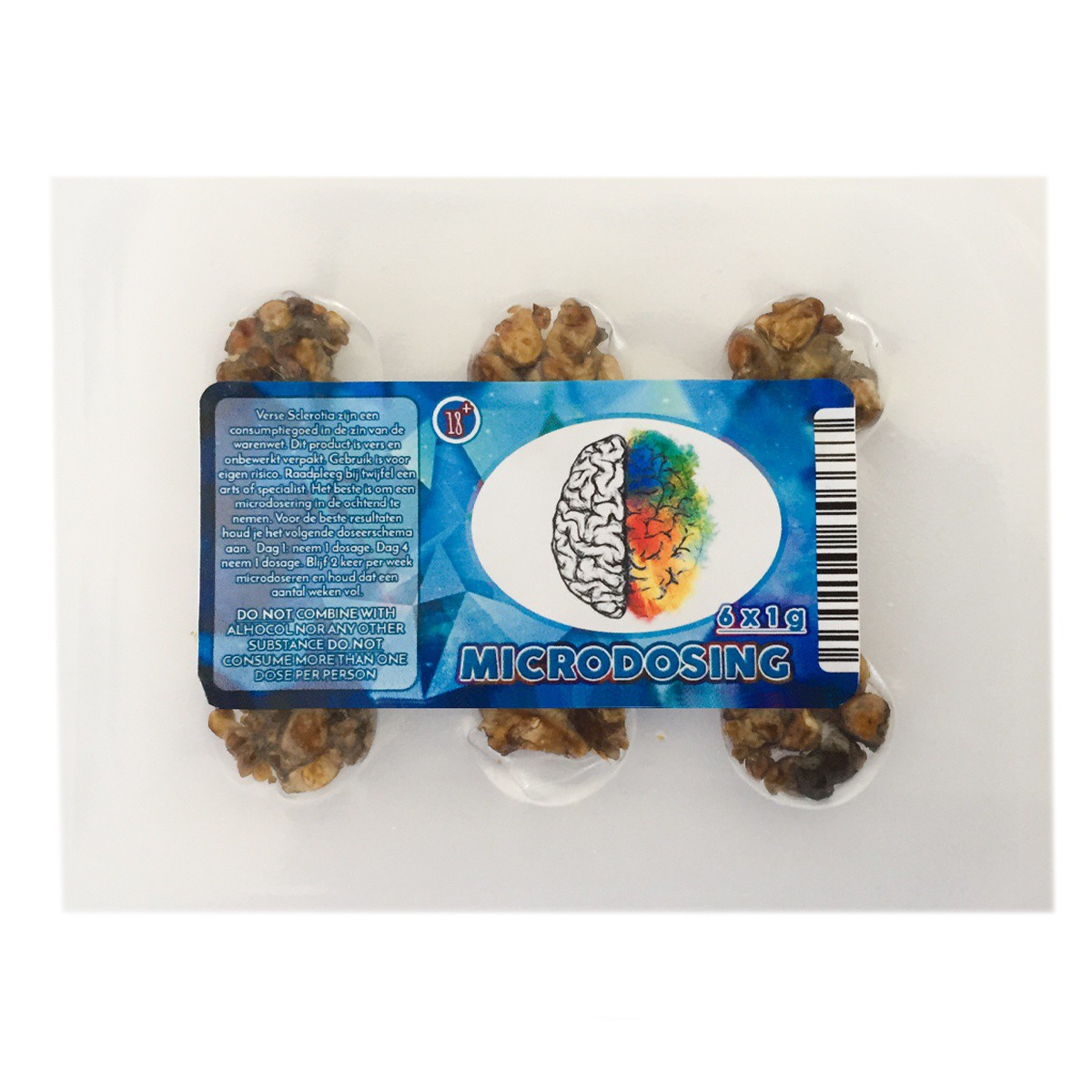 With our Microdosing packaging you always get the right amount for a microdosage Magic Truffles. This means that you can't accidentally take too much, which causes you to trip lightly at work. The advantages of microdosing? More energy, more productive, better focus, heart opening and also more inspiration!

Notify me when available

If you take a microdosage Magic truffles, you will experience very subtle effects. It does not come close to the psychedelic effects of a normal dosage of Magic Truffles. Hallucinating is therefore not the goal as your microdose.

In general, the effect of microdosing is to improve a person's well-being and performance in a subtle way. This without negative consequences. You will be able to function normally in your daily life, but you may notice that things that you do feel are easier and more fun.

In addition, recent research has shown that micro-dosing of psychedelics may alleviate symptoms of depression and anxiety. Although this is amazing news, it is important to realize that the research is still in progress. So if you have a depression or anxiety, don't replace medication with psychedelics without consulting a doctor.

The compound itself was named after the Psilocybe genus, meaning “bald head” in latin. The mushroom’s long history with the Nahuatl people, also known as the Aztecs, gained it the traditional name of teonanacatl. This title was given to a group of common mushrooms of the region, meaning “flesh of the Gods”. They were consumed fresh or dried, mixed into honey or occasionally served with chocolate at feasts.

Due in part to the original fame it garnered from Albert Hofmann’s book “The Botany and Chemistry of Hallucinogens”, P. mexicana is a commonly and easily cultivated species. Though it has quite variable size and dry weight of active compounds, it is generally considered a potent mushroom

Magic Truffles are not real truffles but actually Sclerotia. Sclerotia is a compact mass of hardened fungal mycelium which contains food reserves. In this way, the sclerotia can survive extreme environmental circumstances. The Magic Truffles are from the psilocybe mushroom mycelium. In the lab the environmental conditions are altered in such a way that it's not optimal for the mushrooms. Which results in the formation of the Sclerotia underground.

It is basically a fungus growing underground! Both Magic Mushrooms and Magic Truffles are parts of one organism that produces the psychoactive substances psilocybin and psilocin.

The user will feel the effect within 15 to 30 minutes. This goes hand in hand with mild visuals, slightly elevated senses and a euphoric feeling. It gives the opportunity to see from a different perspective what can result in new ideas and concepts. The sense of time is gradually disappearing.

No customer reviews for the moment.